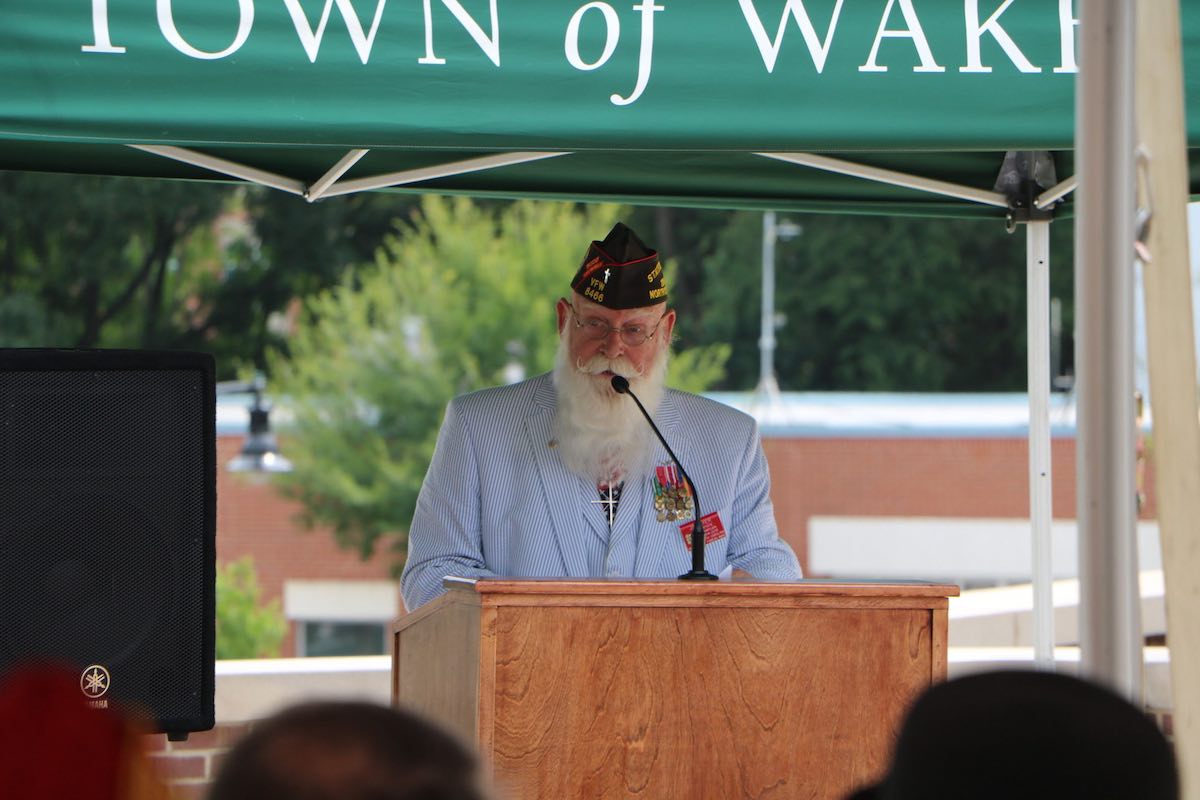 Jim Dyer is one of the most well known and recognizable individuals in Wake Forest. After being raised in a Baptist orphanage, Jim attended UNC-Chapel Hill, worked two jobs, and was then called to serve in Vietnam and active duty service in the military for two decades. It was around this time he first served a Santa impersonator, and has been doing it ever since. While many recognize the Santa-lookalike for his iconic white beard and the red suit he wears at the town’s annual Christmas parade, he’s especially known for his work ministering to the community, serving as a recently appointed member to the Wake Forest Town Council, and continuing to bring joy to the children of Wake Forest.

“Matthew is a person who encourages and helps others. He has a genuine love of the people around him, and I’m confident that if he’s elected to office, he’ll continue to do just that for the people of the 7th District.”
— Jim Dyer

Join Council Member Dyer and endorse Matthew Winslow to #WinForNC by adding your name or organization below: